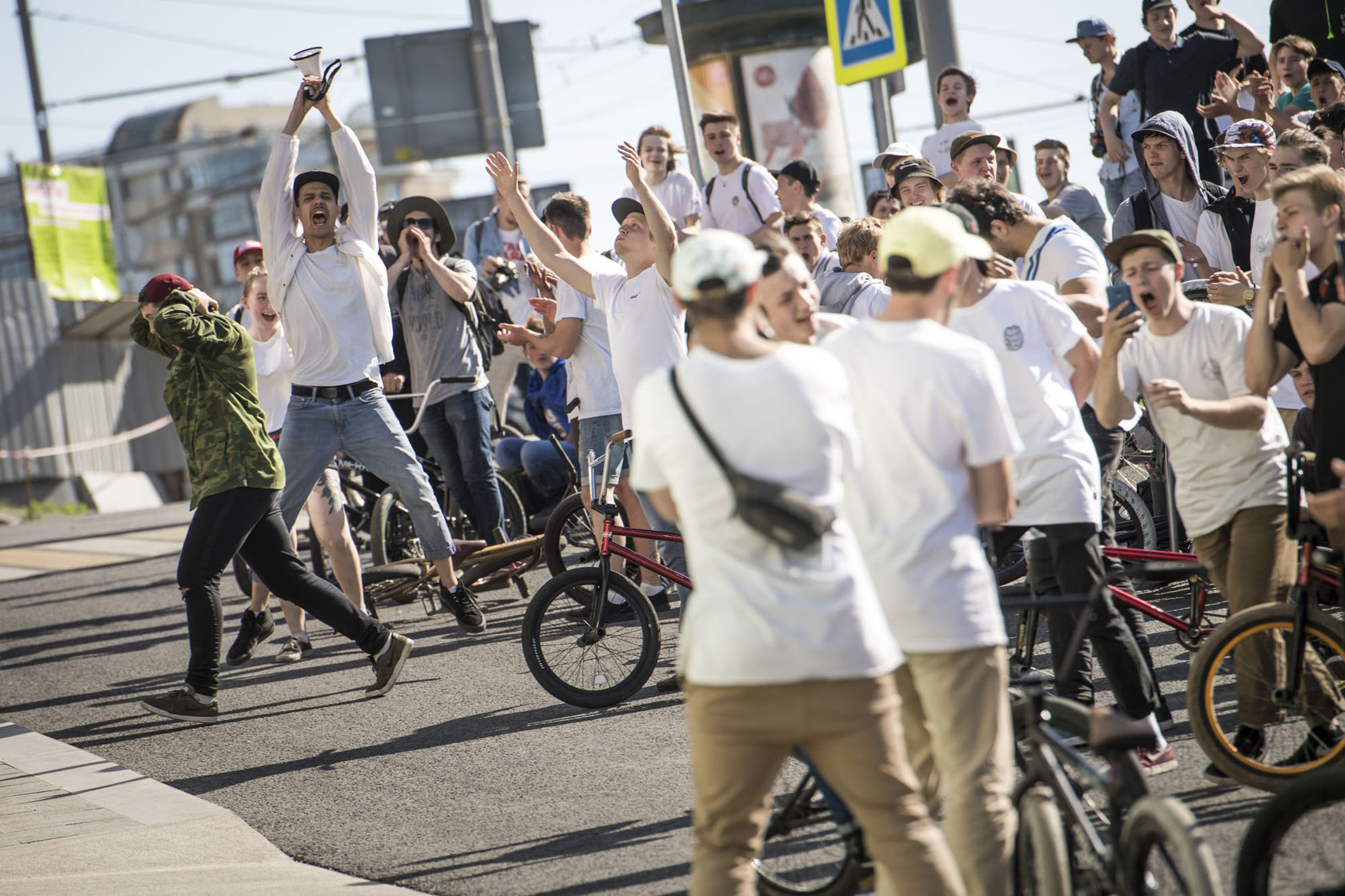 Rocking the crowd at the Street Fame 2018
Photo: Danila Kolodin
Since 2016 we have been holding our traditional street jam at the beginning of summer in Moscow.

Everyone who wants to participate comes by keeping the dress code of white oversized t-shirt and four pegs. The crowd follows along a pre-planned route which usually has four or five spots. The route is guided by our permanent host Gleb Kropotov. With his charisma, he always turns on the crowd. Every trick made on a spot is awarded with cash money prize.

At the end of the day at the after party we announce the King of Street title or the one who stood out for his tricks along the route. In 2018 it was Shatik from Sochi, in 2019 we chose Anton Shebeko as King.

In 2018 for the first time we gathered a crowd of 200 BMXers which we did not expect at all. Suddenly we even blocked the Garden Ring, moving from one side to the other. The route was very felicitous that year – we went down from the Tagansky District Prefecture along Garden Ring to Kurskaya station and managed to catch two rails and steps with a ledge and wallride. That route took us four hours.

In support of the jam we have released a batch of T-shirts with a photo from the event, they were quickly sold out. Author of the photo printed on the T-shirt is our dear friend and comrade Danila Kolodin.

In 2020, due to the pandemic, we were not able to hold the 5th anniversary Street Fame. so we were especially excited to host it in 2021! The Fifth Street Fame jam took place on May 22d in Mytishchi, and in honor of the anniversary of the jam, we released a limited new batch of white oversized T-shirts. The jam gathered more than 200 BMXers. The prize fund was 80 thousand rubles, 30 of which were handed out as cash for tricks. Anton Shebeko became the King of Street Glory for the second time in a row as the one who performed at all the spots of the route in the coolest way. 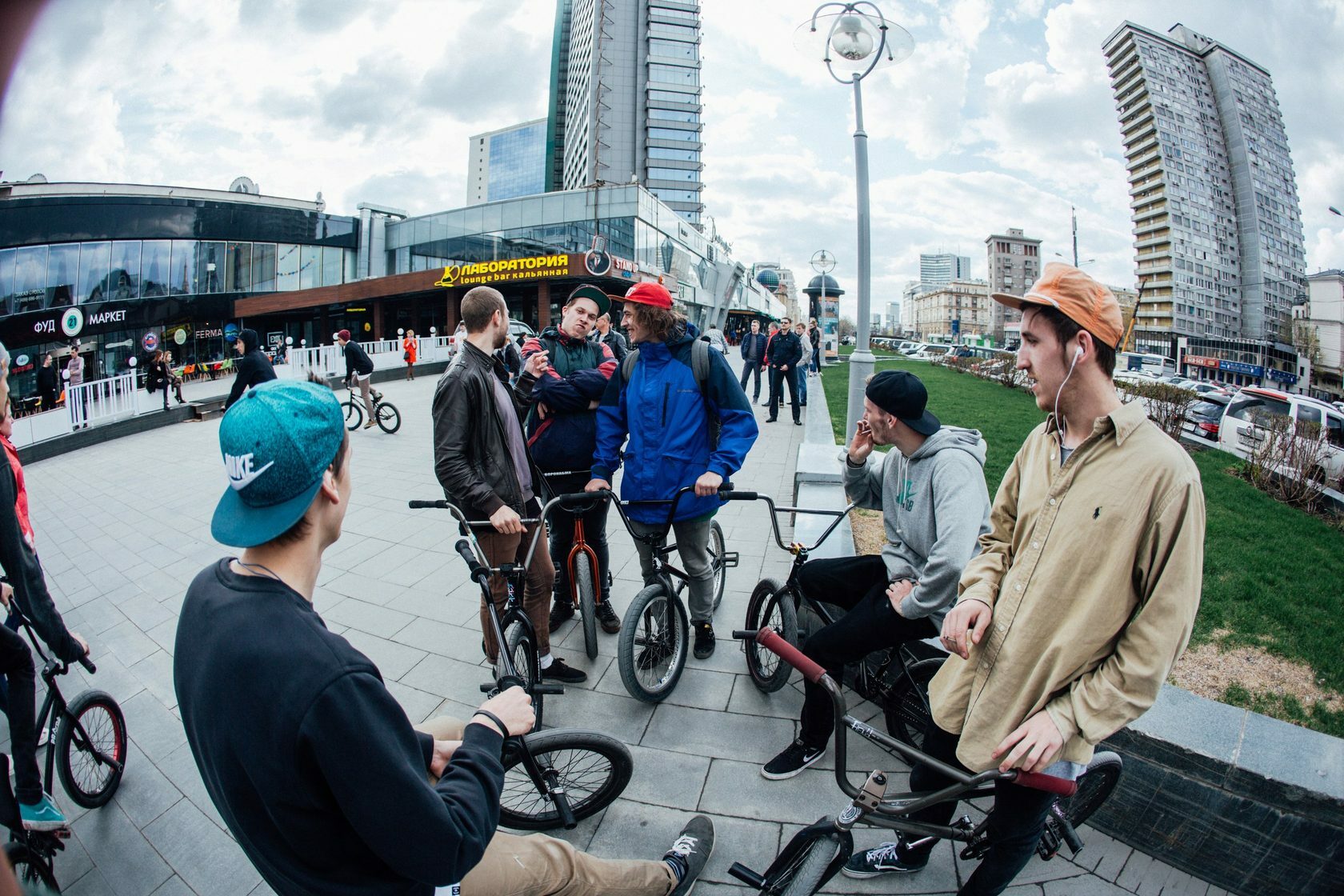 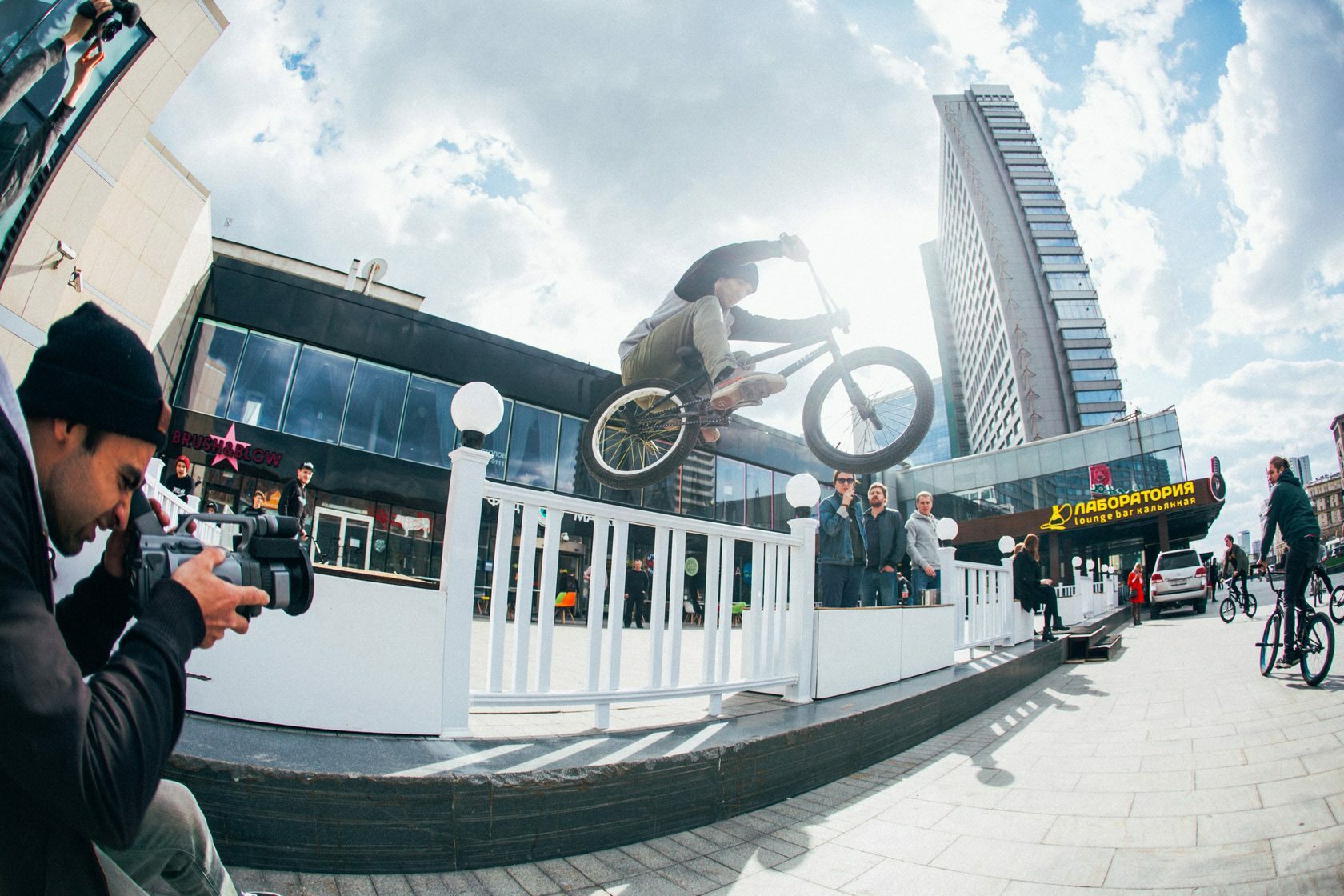 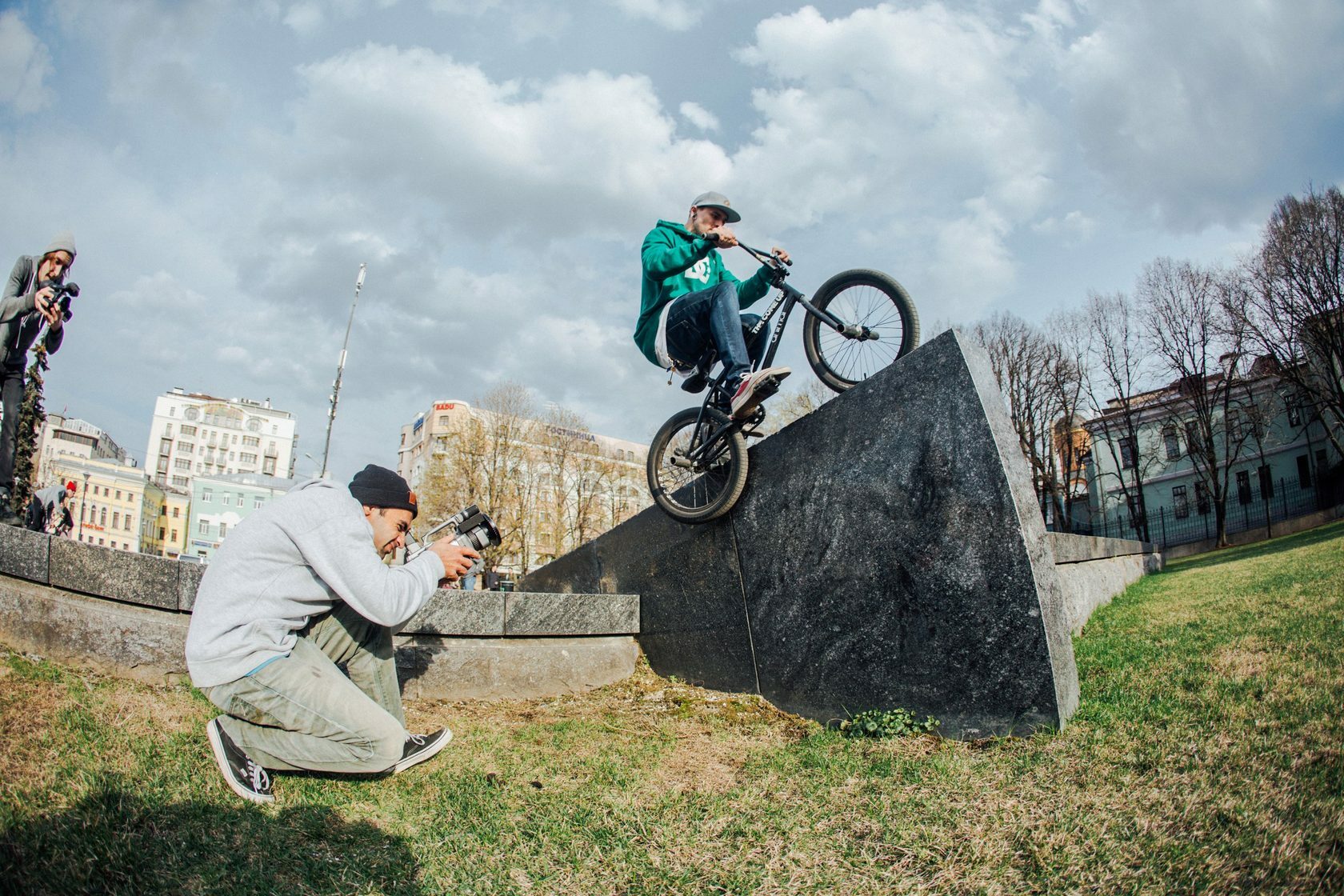 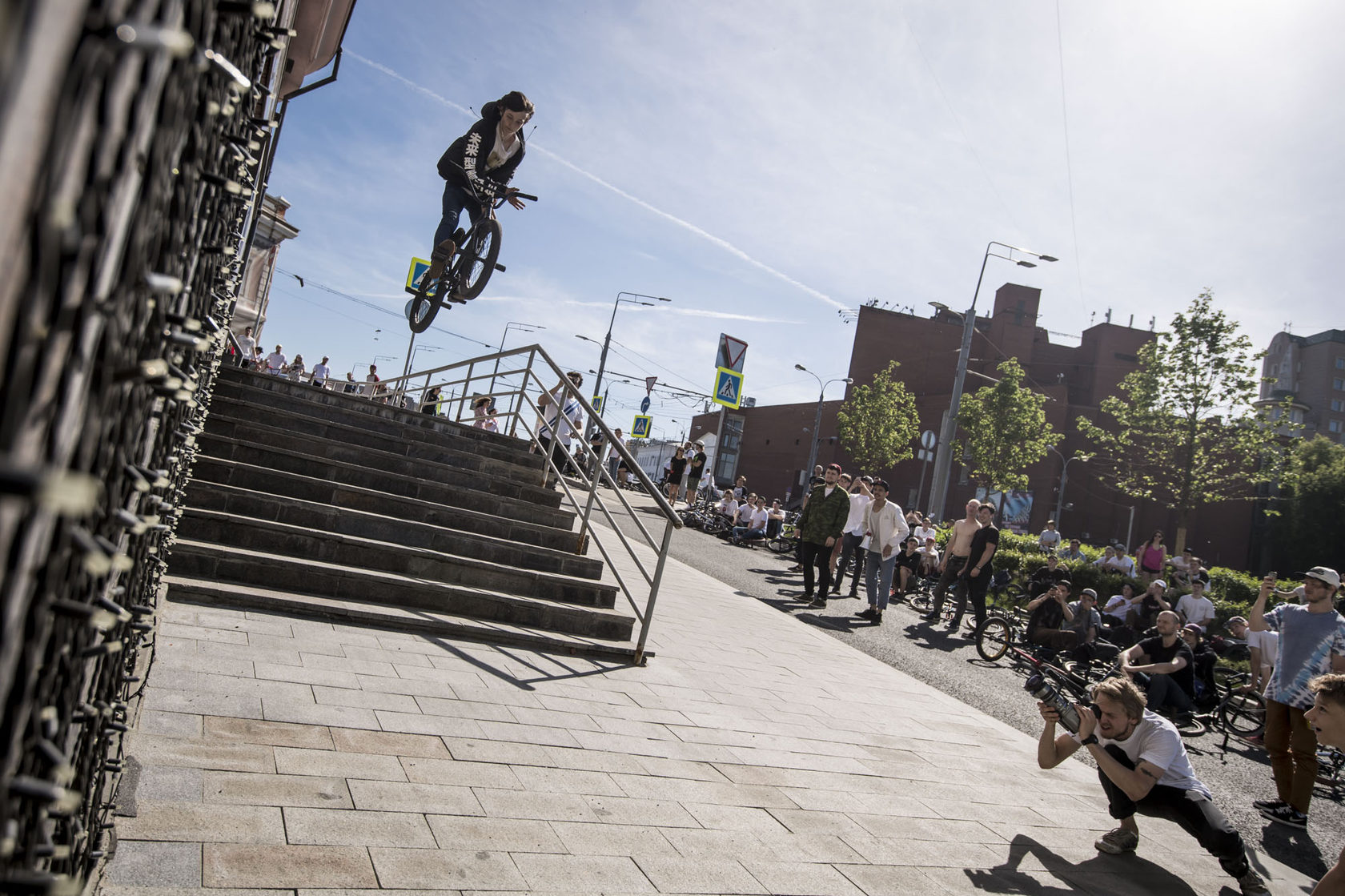 Artyom Moscvichev makes bar catch bar and then the crowd goes wild.
This moment is captured on a T-shirt. Street Fame 2018
This T-shirt was released in the spring of 2019 in support of Street Fame
in a limited edition of 80 pieces 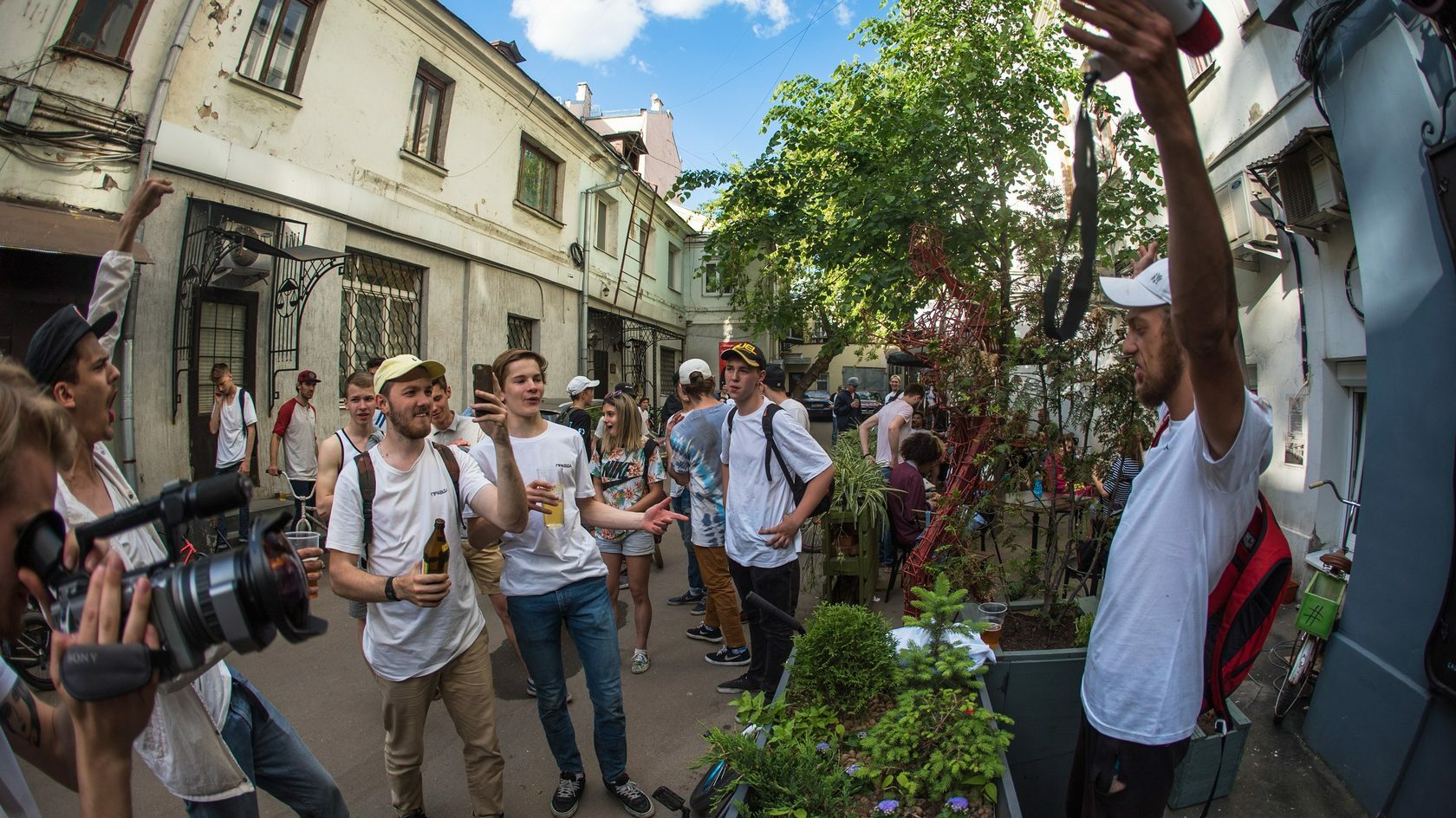 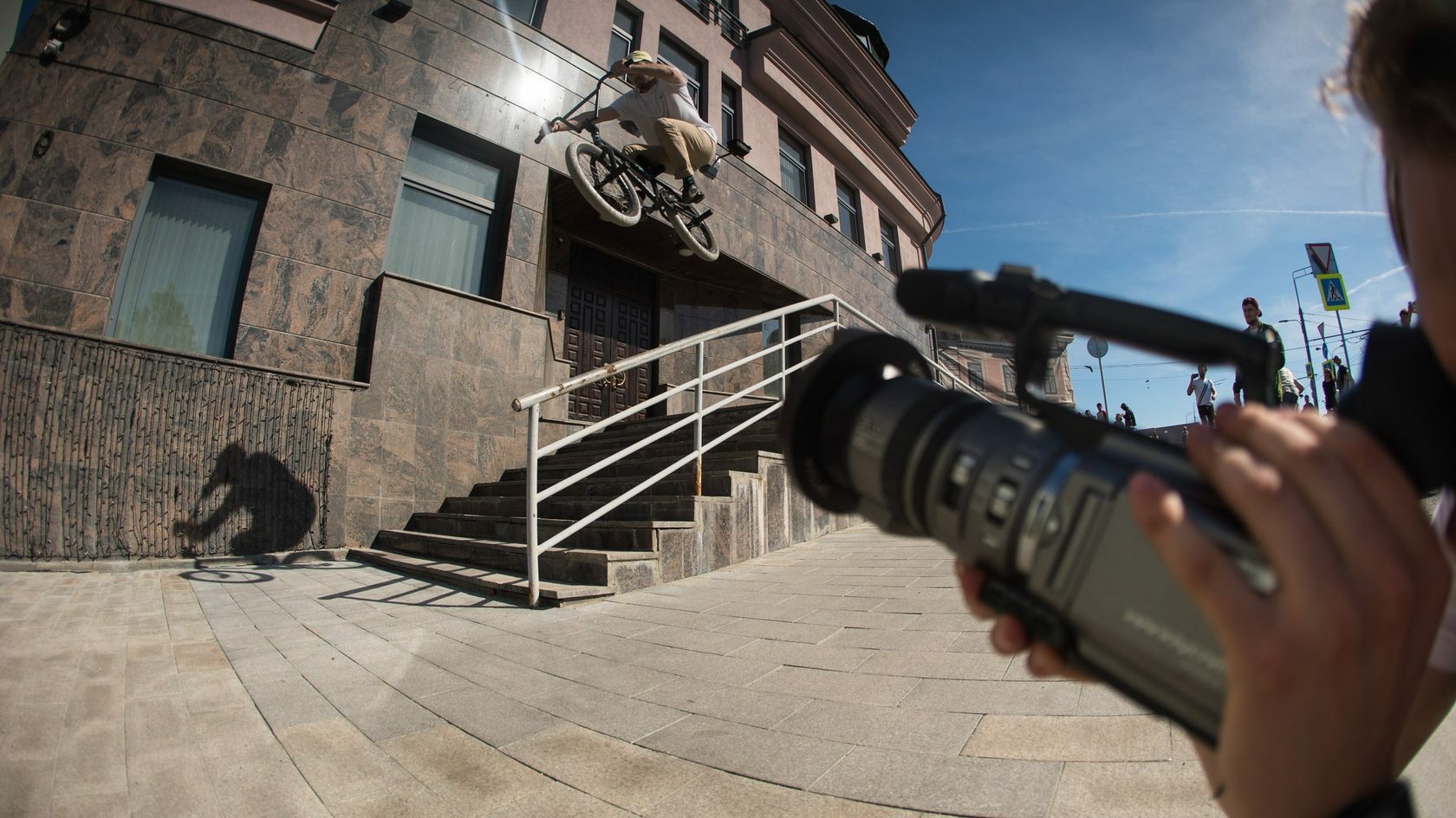 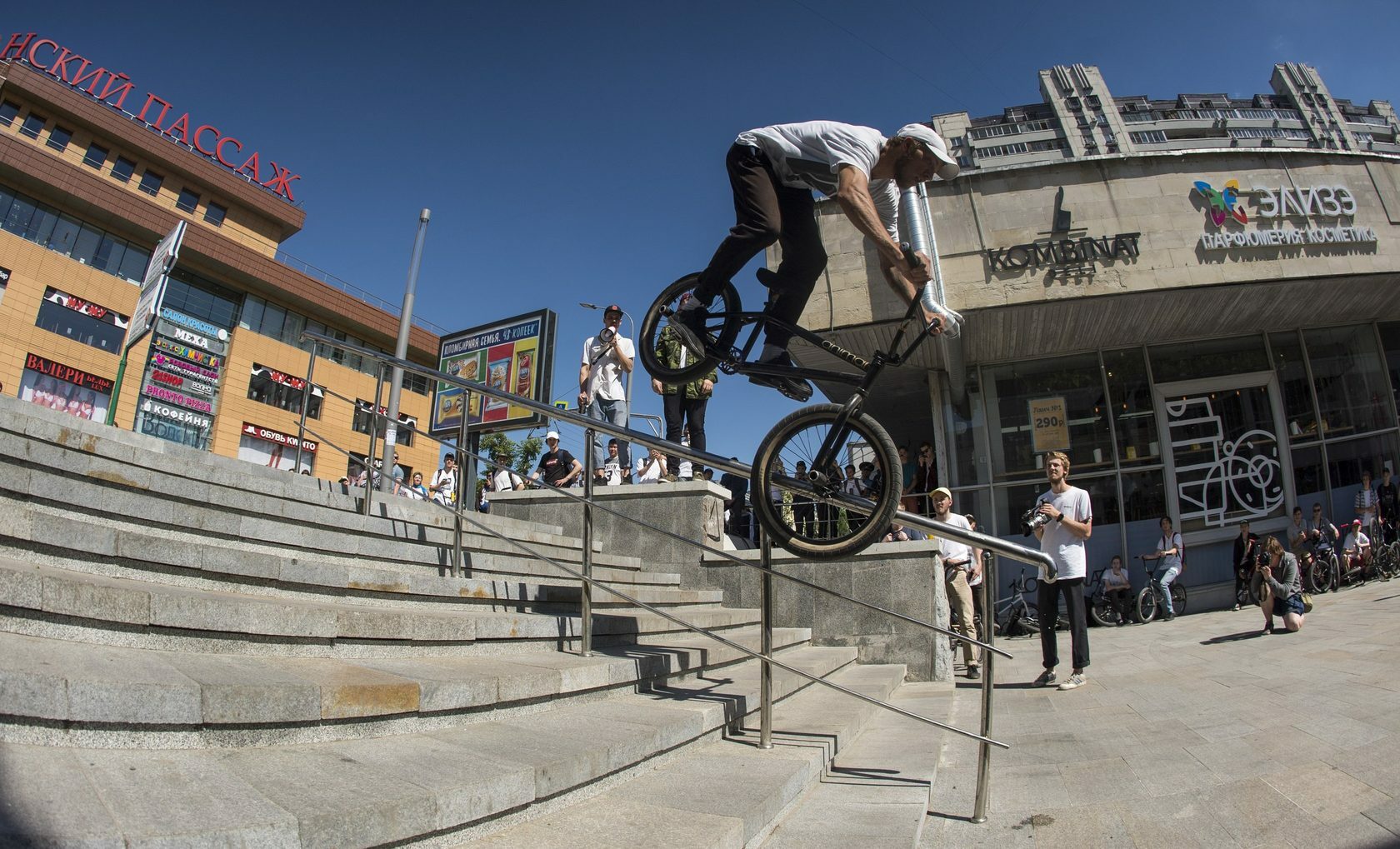 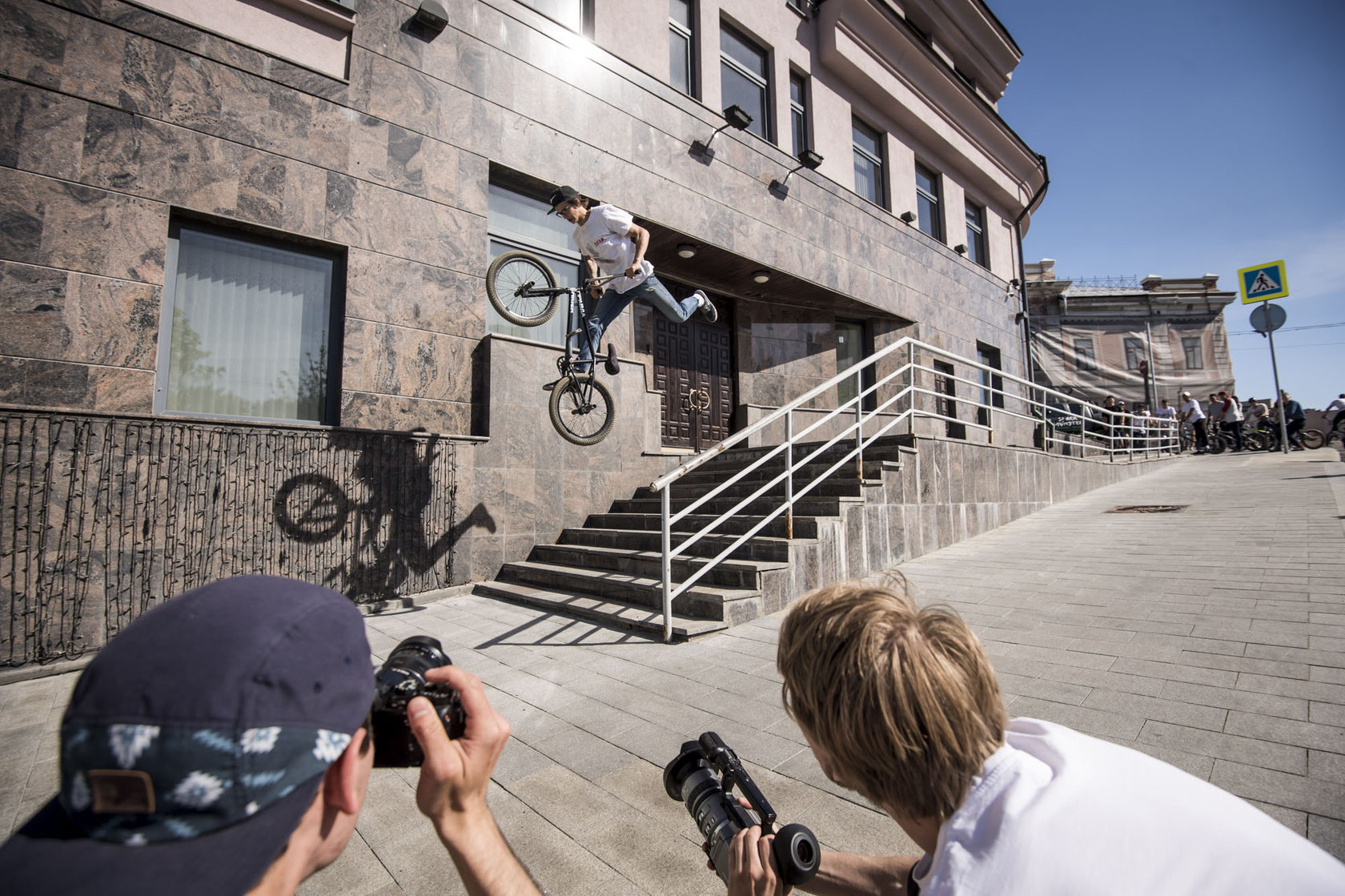 Yuri Alexandrov on the Street Fame 2018 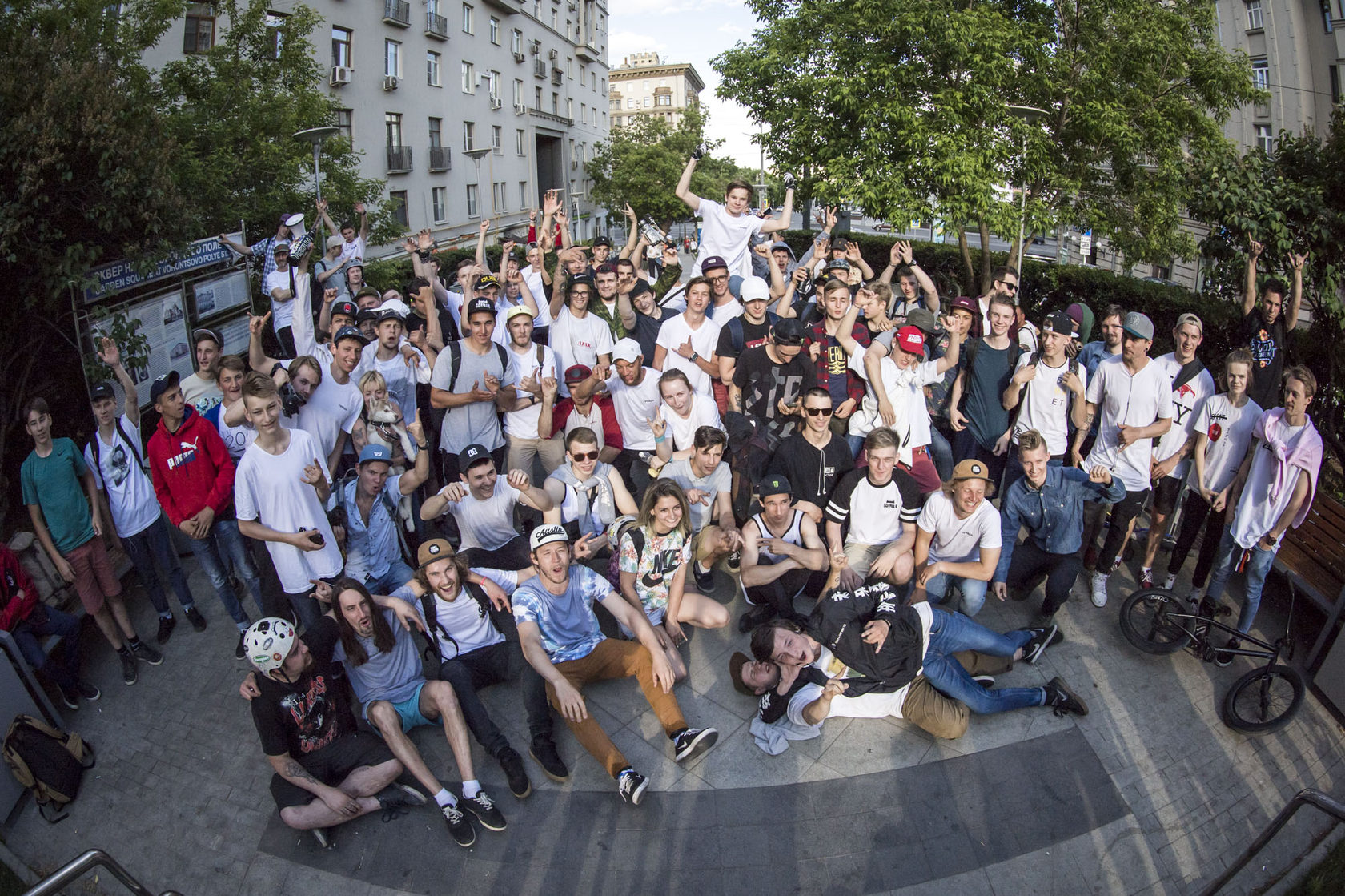 Group photo at the last spot of the Street Fame 2018 route.
Some of the guys had already left by that time, all the rest went to the afterparty 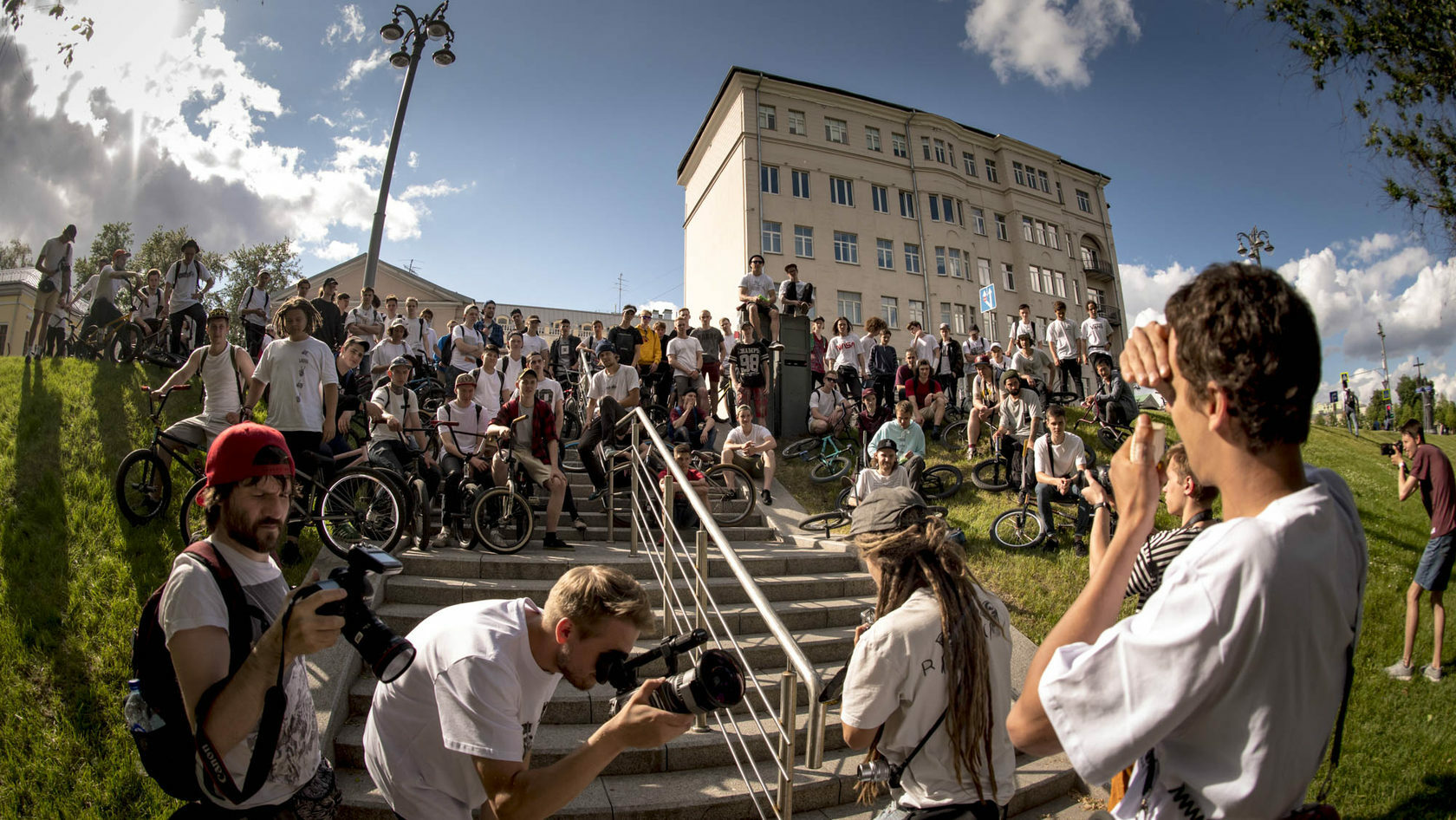 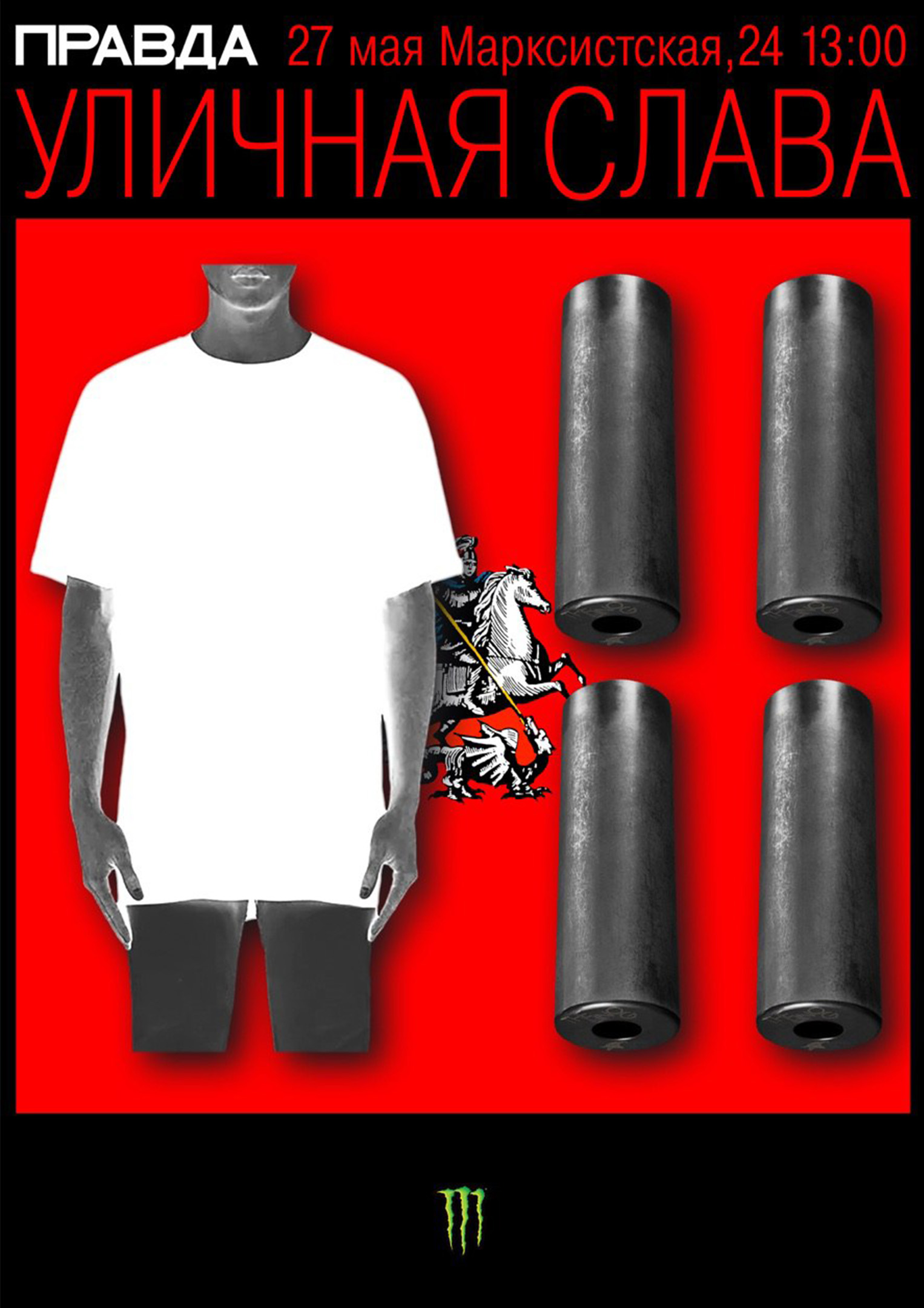 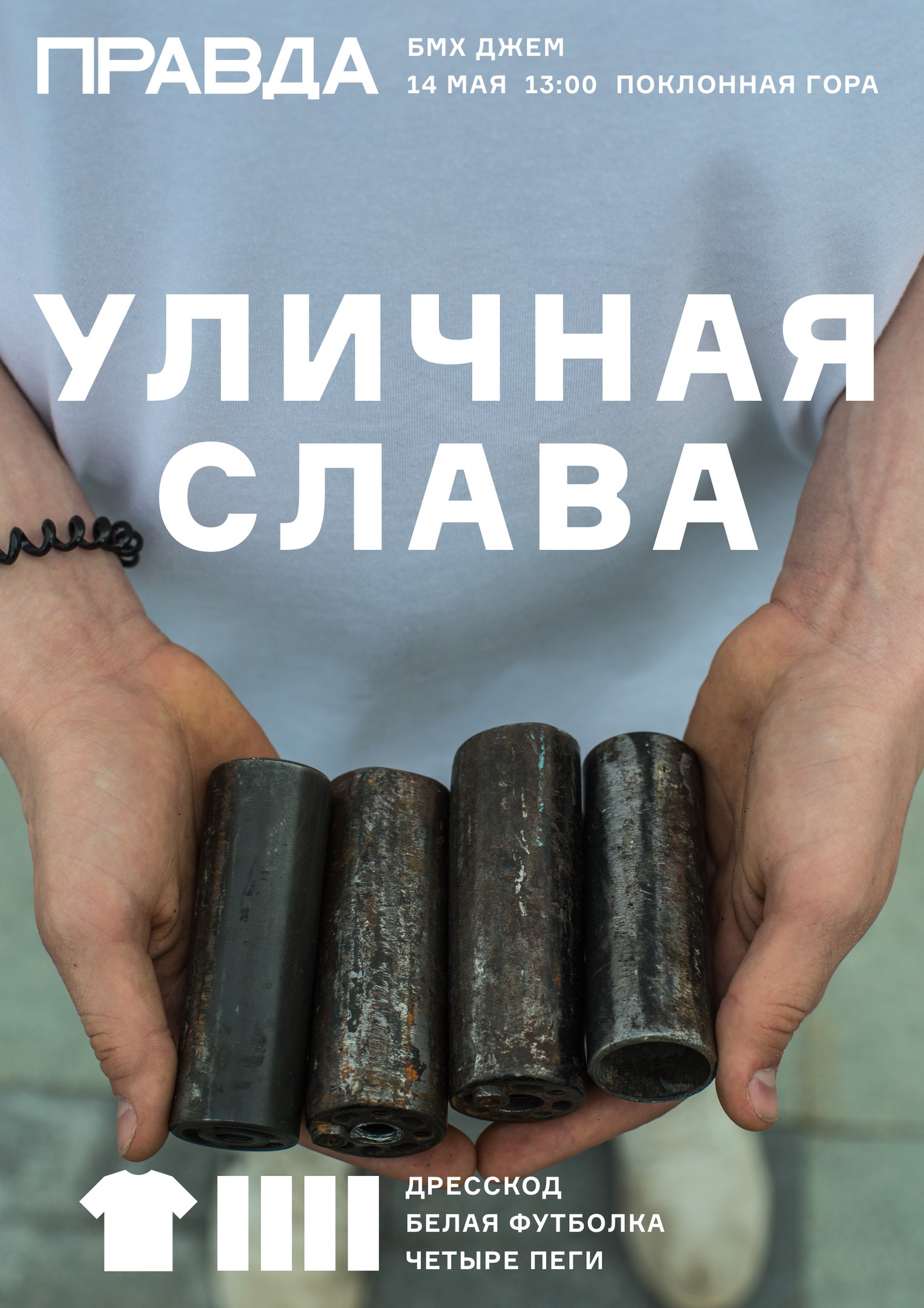 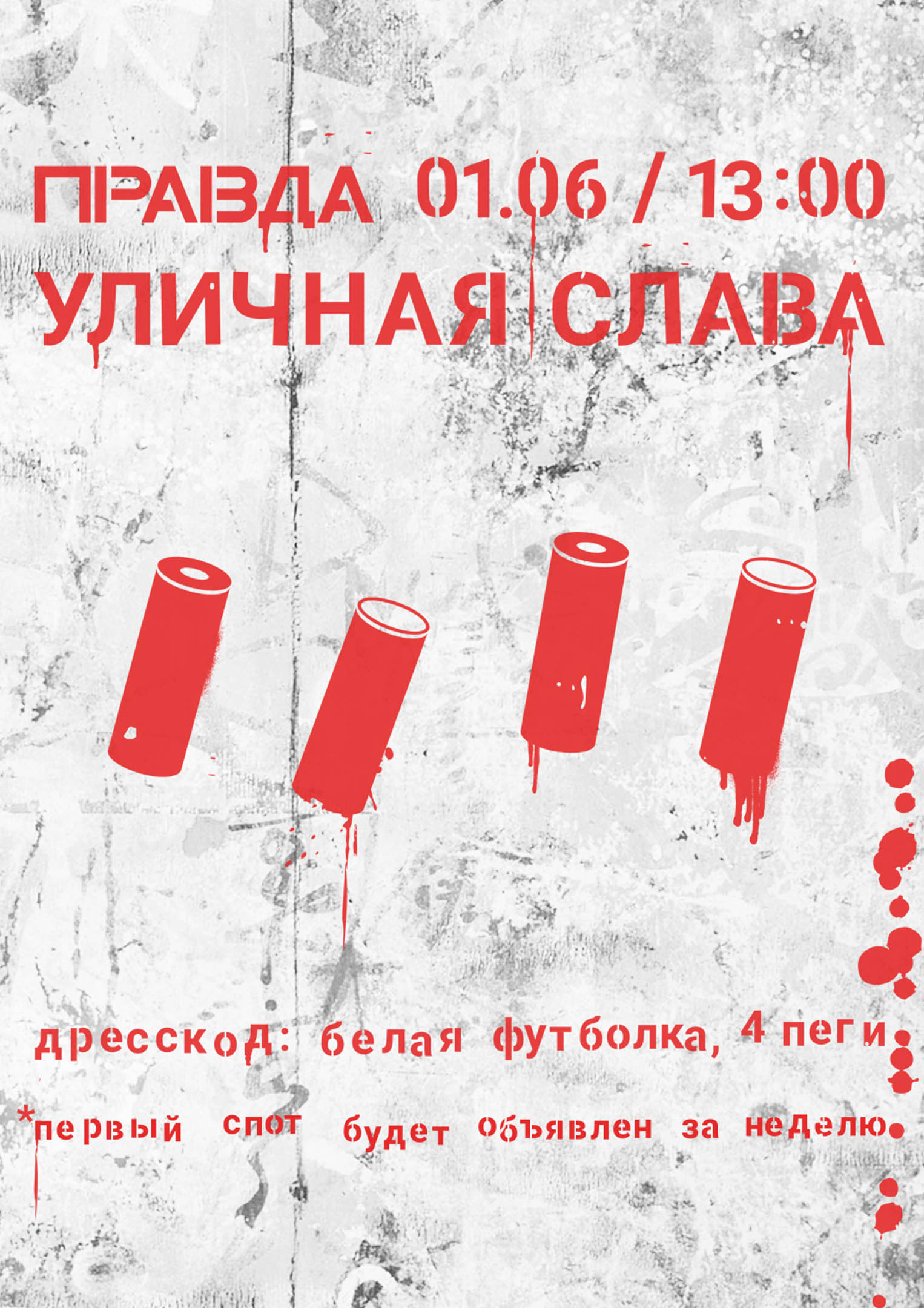 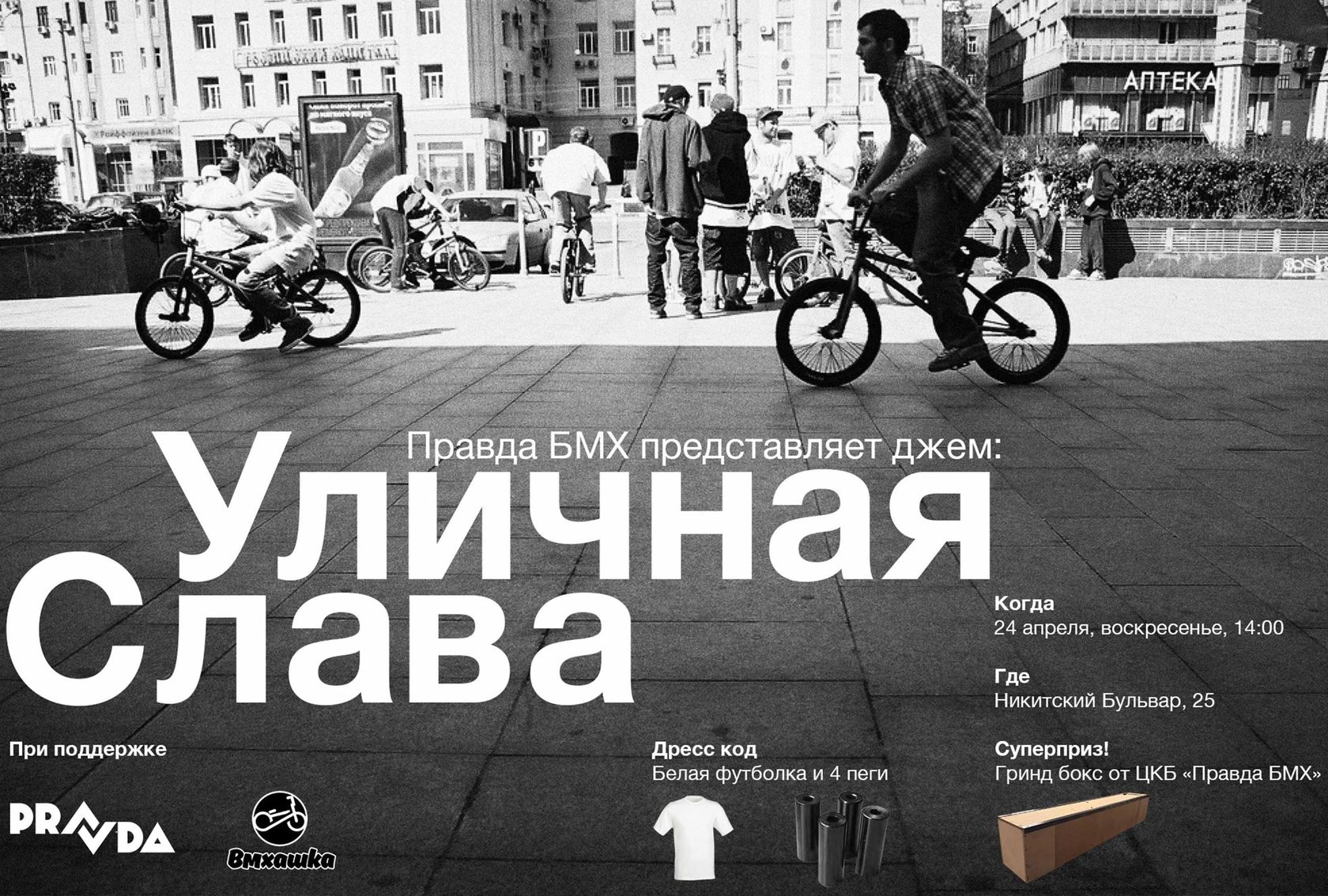 Broadcasting from the underground since 2010. Founded in Moscow